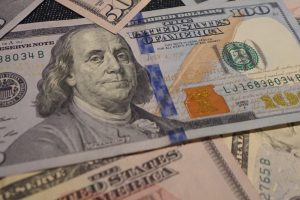 Stimulus and Moratoria Extensions: The Need for Long-Term Solutions

Foreclosure and eviction moratoria, which are working in the short-term to keep homeowners in their houses, are not long-term solutions, according to Columbus Distressed Assets Manager and Auctioneer Rich Kruse (a Gryphon USA Ltd. principal). Such stimulus efforts, he says, “will allow the incoming administration of President-elect Biden to revisit the issue after Inauguration Day.”

Congress supported the extension of mortgage foreclosures and eviction protections to certain properties through January 31 as part of the second round of economic stimulus during the COVID-19 pandemic. A number of federal agencies had already extended the moratorium due to expire on December 31.

The National Low-Income Housing Coalition has estimated the amounts of back rent owed to be between $30 billion and $70 billion, Kruse says, although a report from the Philadelphia Federal Reserve Bank in early December had put the number at $7.2 billion from the start of the moratoria in March through December 1, 2020.

Adopting the moratoria strategy for too long could create risks for the housing market as many landlords and mortgage holders begin to assess the impact on their businesses, Kruse says.

“It’s a finger in the dike that continues to crumble in front of our eyes,” Kruse said, adding that, unlike previous stimulus checks, the latest one isn’t likely to make a dent in owed housing payments.

“Tenants are not likely to use the funds to make rental payments because the government essentially just said the free ride is open for another two months,” Kruse said. “There’s nothing here for the housing providers and barely anything for the tenants.”

Lenders also face uncertainty related to payments on FHA, VA, and other loans—the Visual Capitalist website estimates 17 million adults are behind on the house payments nationally. More than a third of Ohioans are behind on their mortgages or their rent, with 192,000 people poised to face foreclosure or eviction.

“The Biden administration should look to refocus any future support of the housing industry toward landlords and mortgage holders and quickly allow the marketplace to sort out the economic damage the moratoria have caused,” Kruse said. “Too long of a delay will cause untold harm to the rental properties without a stream of income to pay for general maintenance and create a backlog of distressed owner-occupied homes that could result in damaging the broader home market.”