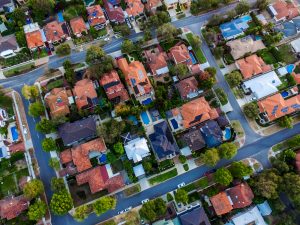 A data set reflecting July, the last month of a federal government moratorium on foreclosures, showed a total 12,483 U.S. properties with foreclosure filings—default notices, scheduled auctions, or bank repossessions. The report from ATTOM indicated a 4% decrease in July compared to June but a 40% increase from the previous year. It also showed a 5% month-over-month increase in completed foreclosures in July. Foreclosure volume remained minimal, but what will happen sans those government protections for borrowers in place?

Experts predict an increase, at worst a wave, of foreclosure activity, but not a tsunami, as some had feared during the early days of the foreclosure ban.

“The end of the government’s moratorium won’t result in millions of foreclosures, but we’re likely to see a steady increase in default activity for the balance of the year,” said Rick Sharga, EVP of RealtyTrac, an ATTOM company. “Much of the foreclosure volume will come from the reinstatement of foreclosure proceedings on properties that had already been in default prior to the pandemic, and new foreclosure activity on vacant and abandoned properties.”

Even when the number of filings increases, as is likely, homeowners have a buffer in the form of home equity that will allow them to sell in a market that strongly favors them.

“Increased numbers of foreclosure starts may not result in a similar number of bank repossessions,” Sharga added. “Homeowner equity is at an all-time high, and many financially-distressed borrowers should have the opportunity to sell their homes—probably at a profit—rather than lose them to a foreclosure auction.”

In an article for DS News earlier this year, Sharga noted that, while there probably won’t be a storm of foreclosures, “mortgage servicers and other default servicing professionals should prepare themselves nonetheless.” He said forbearance programs for borrowers affected by COVID-19 “allowed millions of people to get through the pandemic and recession without losing their homes while giving them time to get back on their feet financially once COVID-19 is under control.”

There are still millions of borrowers in the forbearance program and the industry will need to handle the high volume of borrower requests for repayment plans. Indeed, a report from Black Knight highlighted the “staggering” challenges that industry professionals face throughout the remainder of 2021 and stressed the “critical” importance of “effective loss mitigation efforts and automated processes.”

Some states that had the greatest number of REOs in July included Illinois, Florida, Pennsylvania, Maryland, and Texas.

The entire foreclosure report is available at ATTOMdata.com.